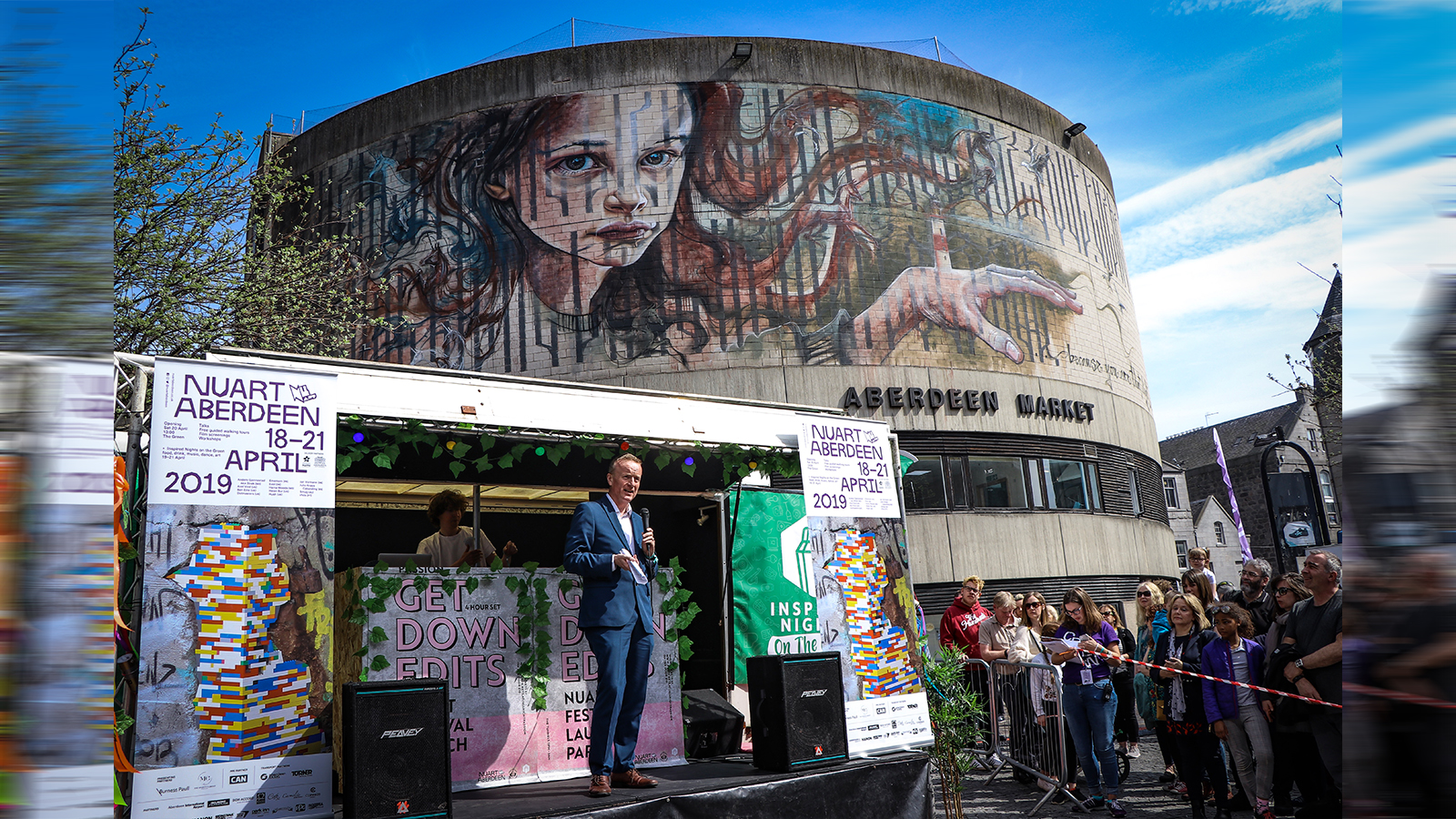 Our partners Aberdeen Inspired have won a prestigious award at the Association of Town and City Management (ATCM) Awards in London, scooping the prize for Best Culture and Arts Scheme for their work with Nuart Aberdeen!

Since 2017 Nuart Aberdeen has been working with Aberdeen Inspired to not only deliver the festival but to transform the city through critical street art that’s takes Aberdeen as its starting point and aims to empower the people of the city, giving them agency to explore our streets and to give everyone access to great internationally renowned art. Aberdeen Inspired have worked tirelessly on the project along with our team to make sure each festival is a success, from scouting walls and securing permissions to working with local art groups and organisations, the project has been truly transformational for many in the Granite City.

Adrian Watson of Aberdeen Inspired says: “Our small team works tirelessly to deliver our projects and initiatives, all of which are focussed on both building up the image of the city and drawing in footfall. Nuart Aberdeen in particular has truly captured the hearts of locals and visitors alike, attracting tens of thousands of people into the city centre.

The legacy of the festival lives on, with the artworks attracting interest all year round and we’re very proud of the impact Nuart Aberdeen has had.”

Its fantastic to see our partners pick up awards for their progressive ideas around place making but a huge part of that is the people, who’ve come out in their thousands this year to participate in the street art walking tours and to engage with the artists and their work. The art works and the tours have created a legacy that out lasts the initial festival weekend and indeed keeps the momentum of Nuart Aberdeen going all year round, allowing anyone who’s willing to step off the beaten track an opportunity to explore the city in a new way. We’re always amazed to see people stopping to stare up at the Herakut piece from 2017 or when they turn around and realise theirs a 12 meter Hyuro mural they almost missed!

As we begin to make plans for 2020 we’re excited for what the next chapter in Nuart Aberdeen holds and look forward to working the Aberdeen Inspired team on what’s sure to be another award winning festival. Well done team! And if you can’t wait until 2020 for your next fix of street art, why not head over to Stavanger for Nuart’s 18th edition of the worlds oldest annual street art festival, Nuart Festival takes place Sept 5-8th. More details on www.nuartfestival.no 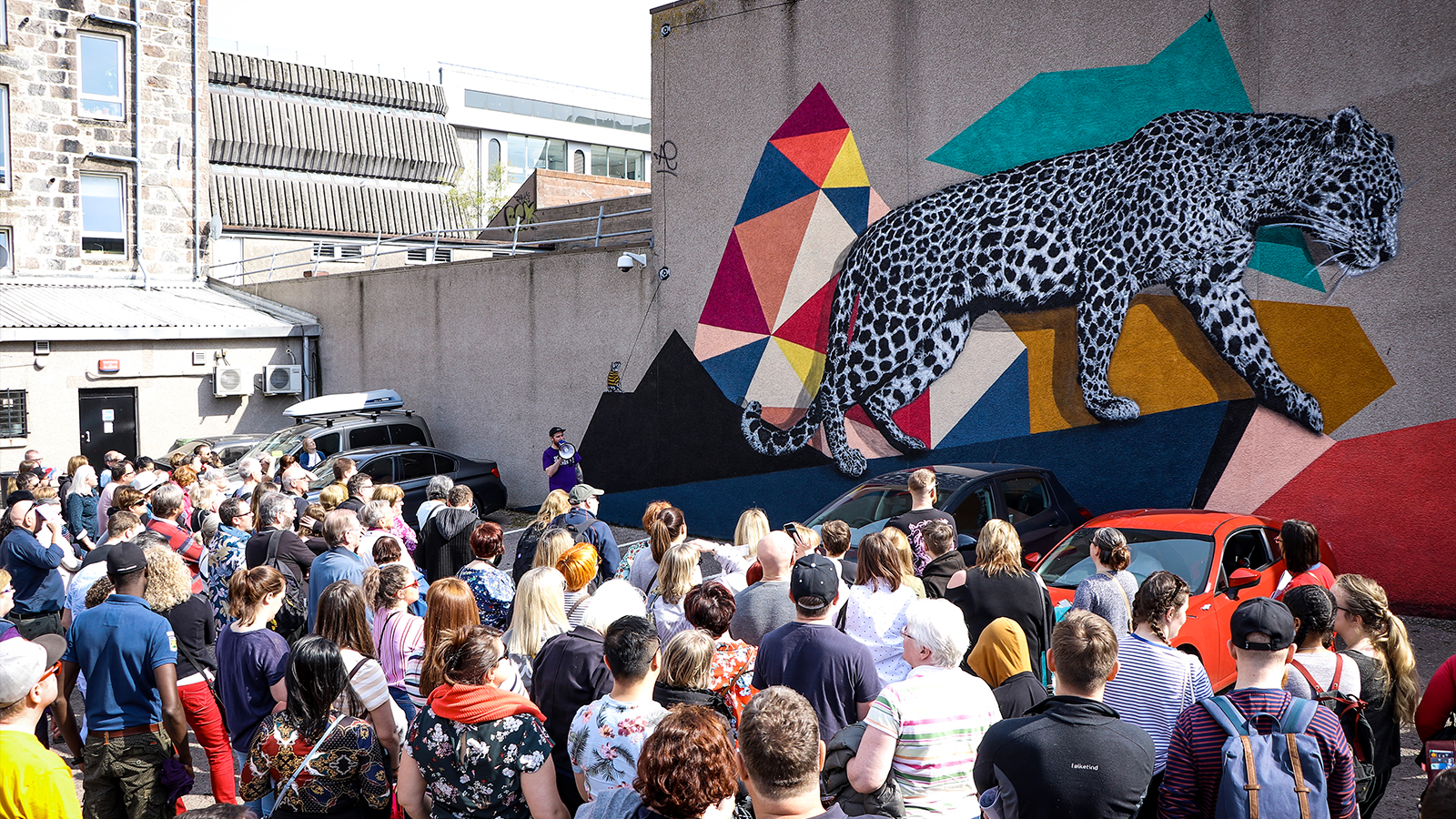