Ok maybe not the baddest but certainly its oldest, collectively speaking that is. The crew recently gave the Adelphi Lane in Aberdeen a colourful makeover thanks to the wonderful LATA 65 who ran a special series of workshops during this years festival. Based in Portugal, LATA 65 (headed up by Lara Seixo Rodrigues) have been running their seniors programme for a number of years with successful groups active in Portugal since 2012. The basic idea is to create meaningful connections between older groups in society using what is often considered to be a young persons pass time, the art of writing your name on walls aka graffiti! While there’s some fantastic work being done around engaging young people Lata saw an opportunity to engage another older demographic and proving the point that art can cross many boundaries and truly be for everyone.

But, what would the Granite city locals make of such an idea? Well, that its a good one by all accounts as we became inundated with people wanting to sign up for the workshops. The stipulation of ’65+’ didn’t deter folks and soon we had our very own crew of grannies and granddads ready to start learning all things graff related. Broken up into different sections, LATA 65 covers everything from a graffiti history lesson and picking an alias up to making and cutting stencils and producing their own graffiti designs (see photos below). Based in NESCOL, the group quickly got on task and drew up hundreds of designs and ideas in a matter of hours. Finally, armed with their new tags and stencils, the group were ready to be let loose with some spray cans! 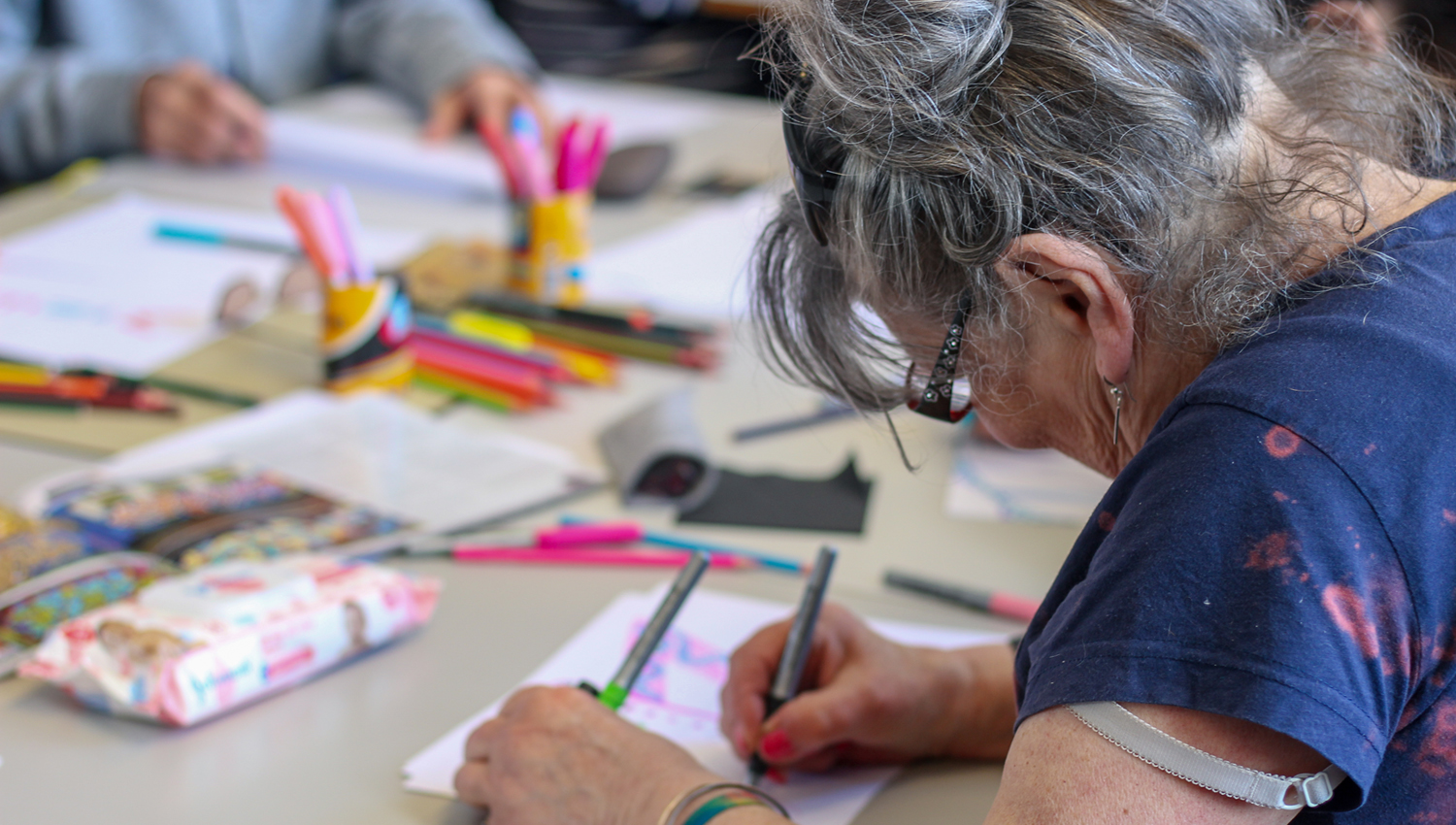 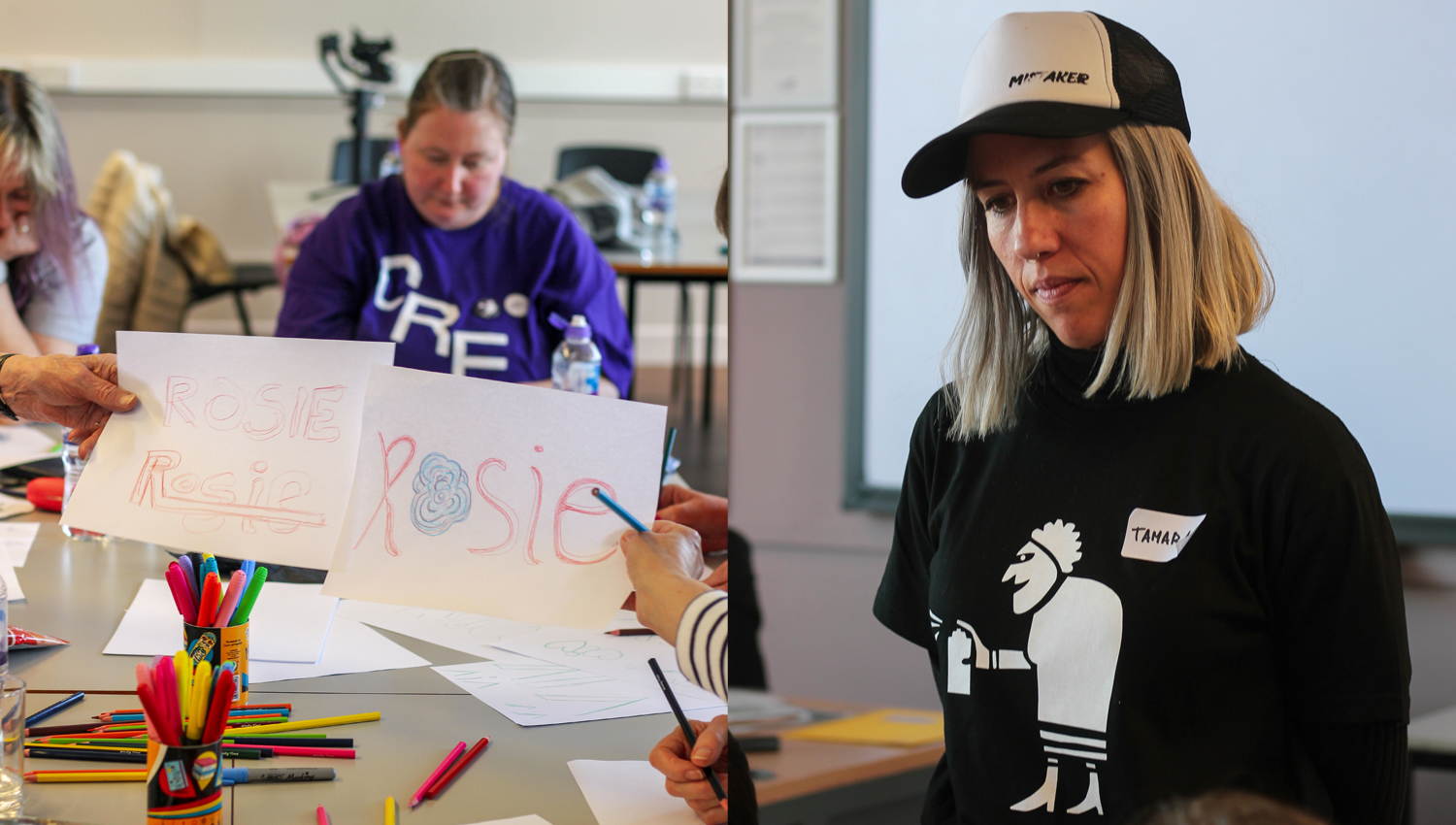 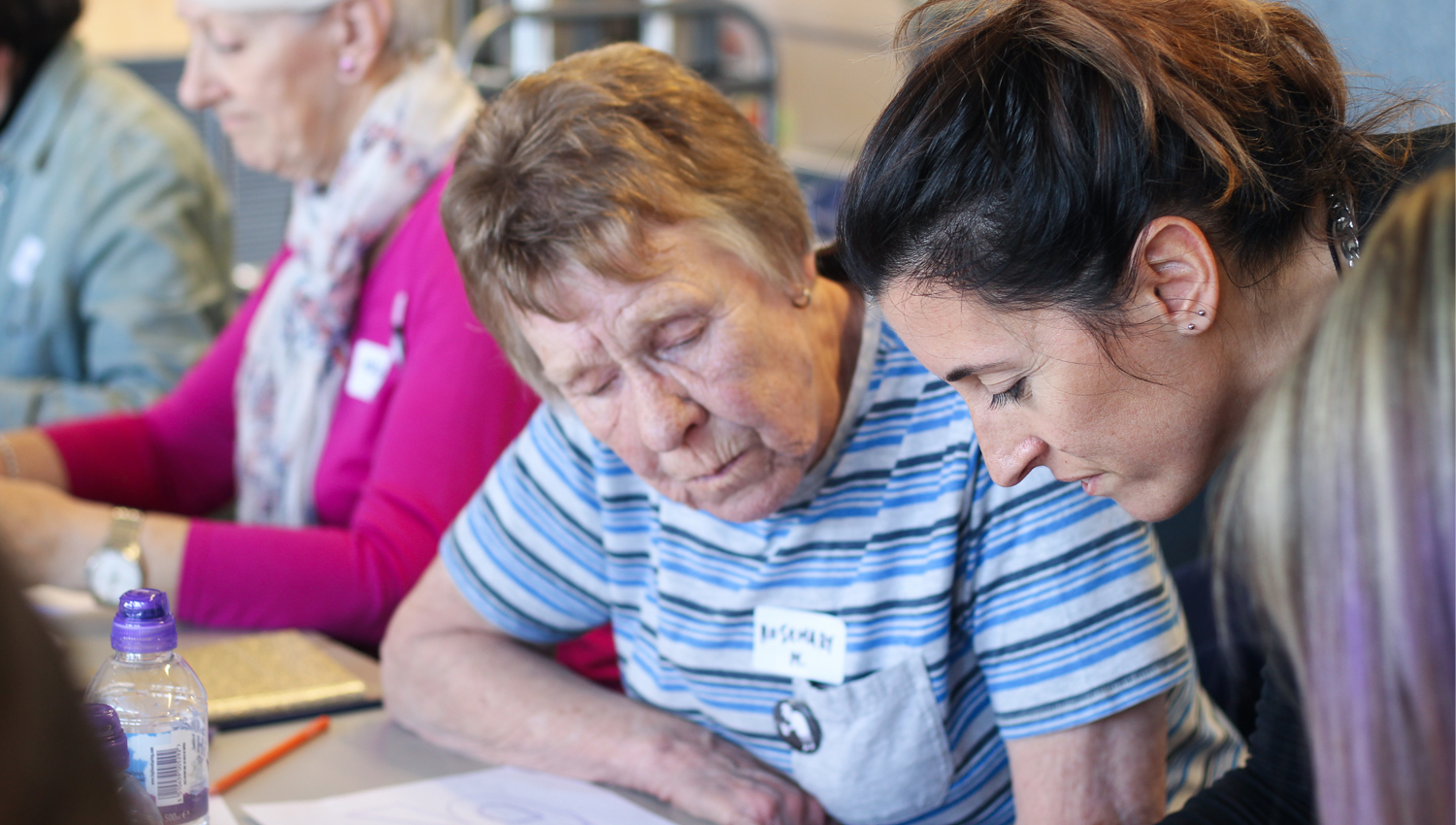 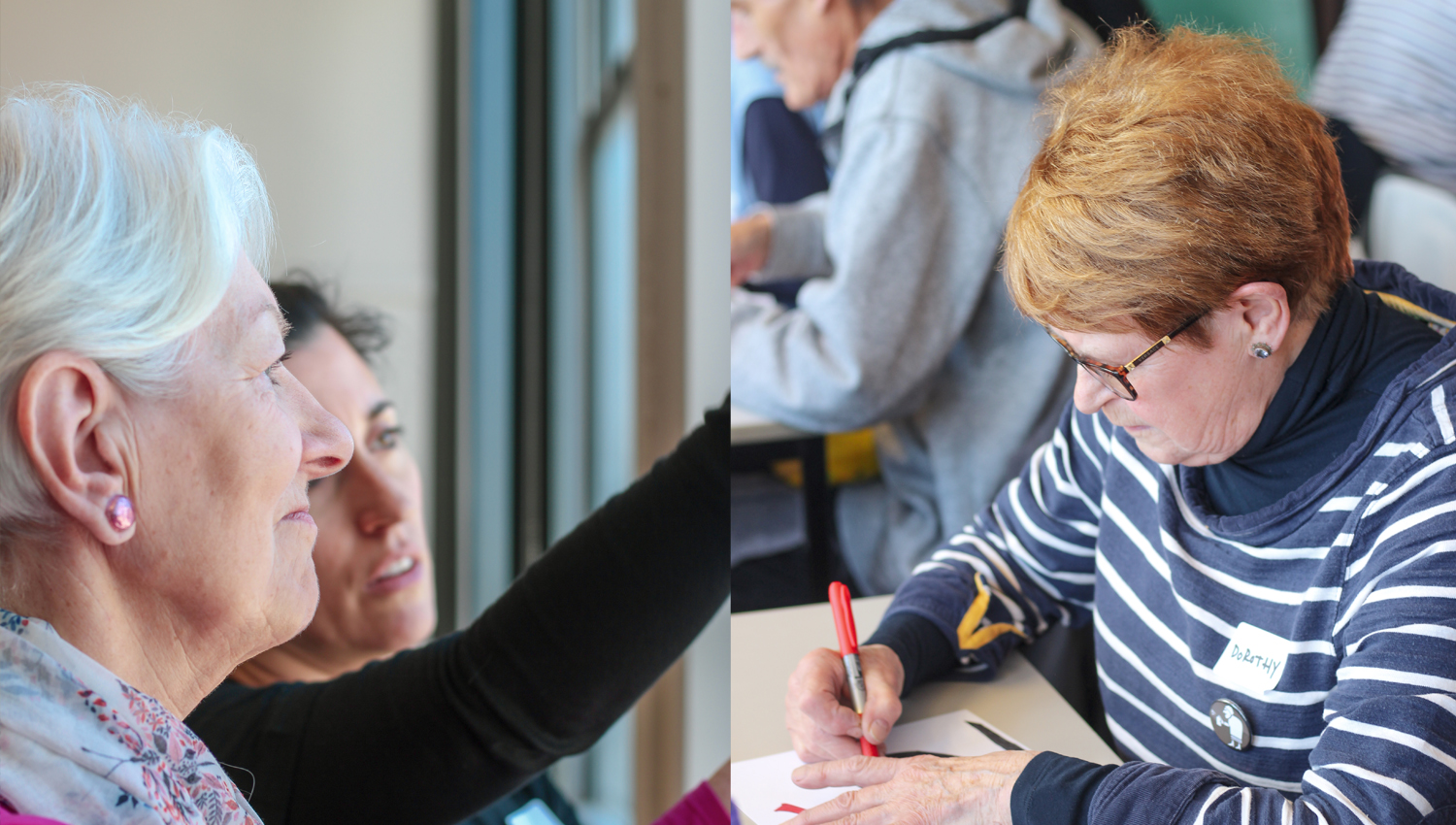 The next step in our graffiti crews education came thanks to Lara and her assistants, now armed with a selection of colourful spray cans. The grannies and granddads didn’t hesitate getting stuck right in to the task at hand. Eager to cover as much of the walls as possible, the crew used ladders and stepping stools, one up top while another supported them from below, working in tandem and working as a team and creating some iconic moments that reminded us of classic shots by Martha Copper. Indeed the crew seemed to bond over the familiar hiss of aerosols and when not deep in concentration, trying to perfect their lines you would be met by big smiles as they discovered the reason why so many picked up spray cans in the 70s and why graffiti is so prevailant across the globe.

Anne, one of our workshop particpans said: “Lata 65 was a wonderful experience. Lara and her team were so patient and helpful when preparing our stencils – which by the way is hard work. As an older person it was great learning a new skill and one I hope to be able to pass on to others who may want to try it. There’s so much more to it than people think – from getting permission to use the spaces, drawing then cutting the stencils and on to painting the wall. Painting the Adelphi was great. It’s amazing how quickly it all takes shape and we learnt how we needed to work as a team.” 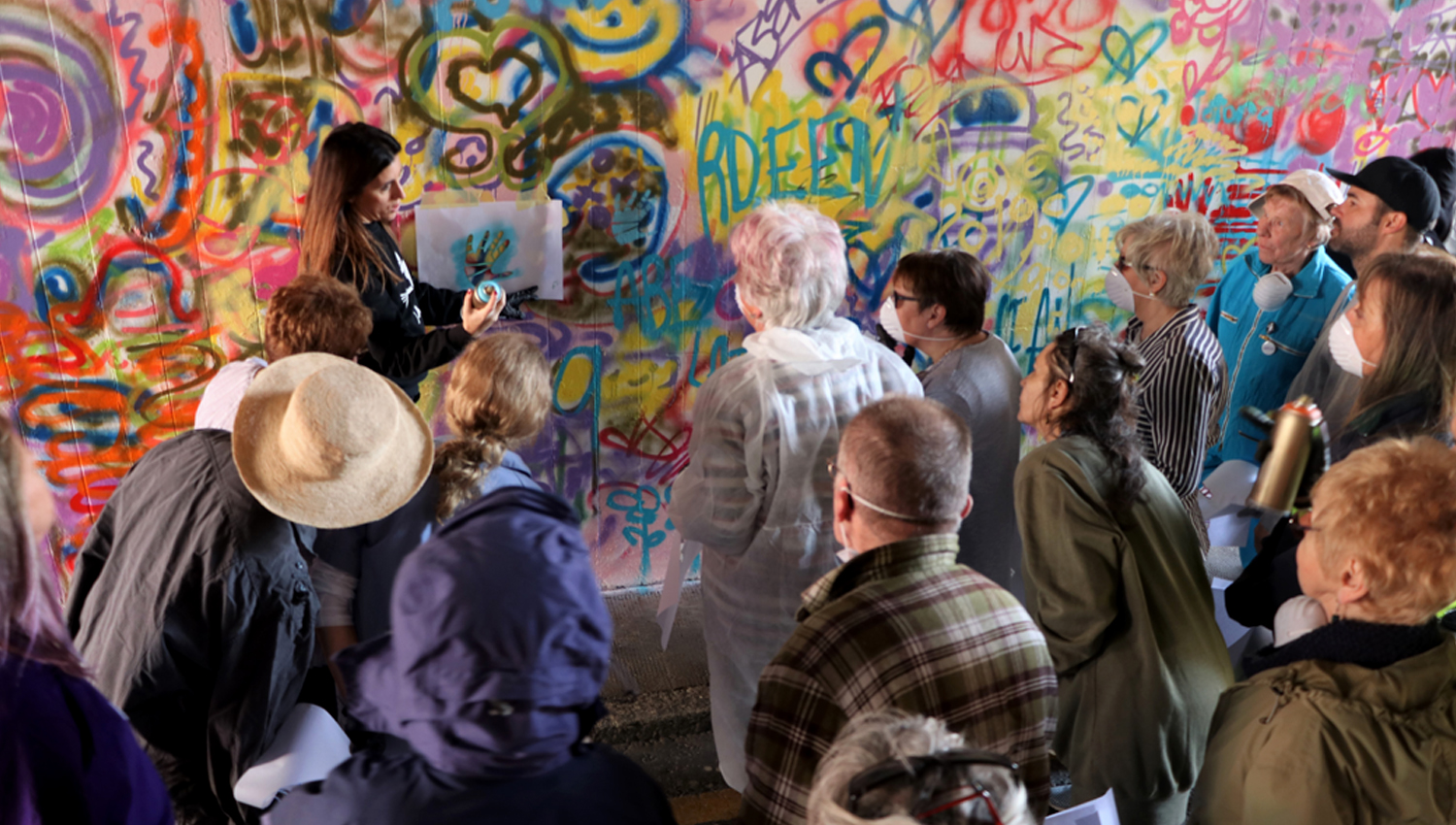 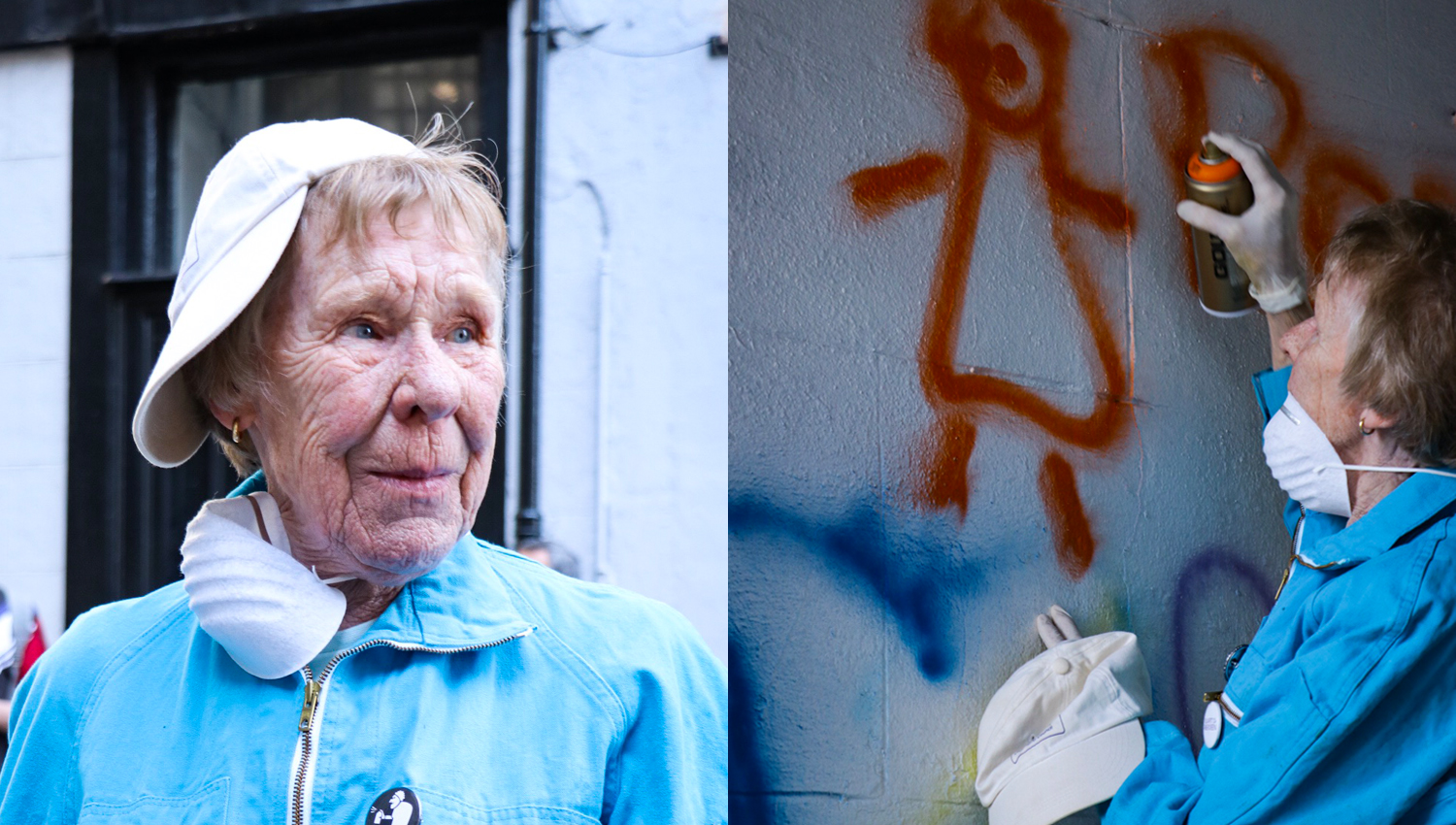 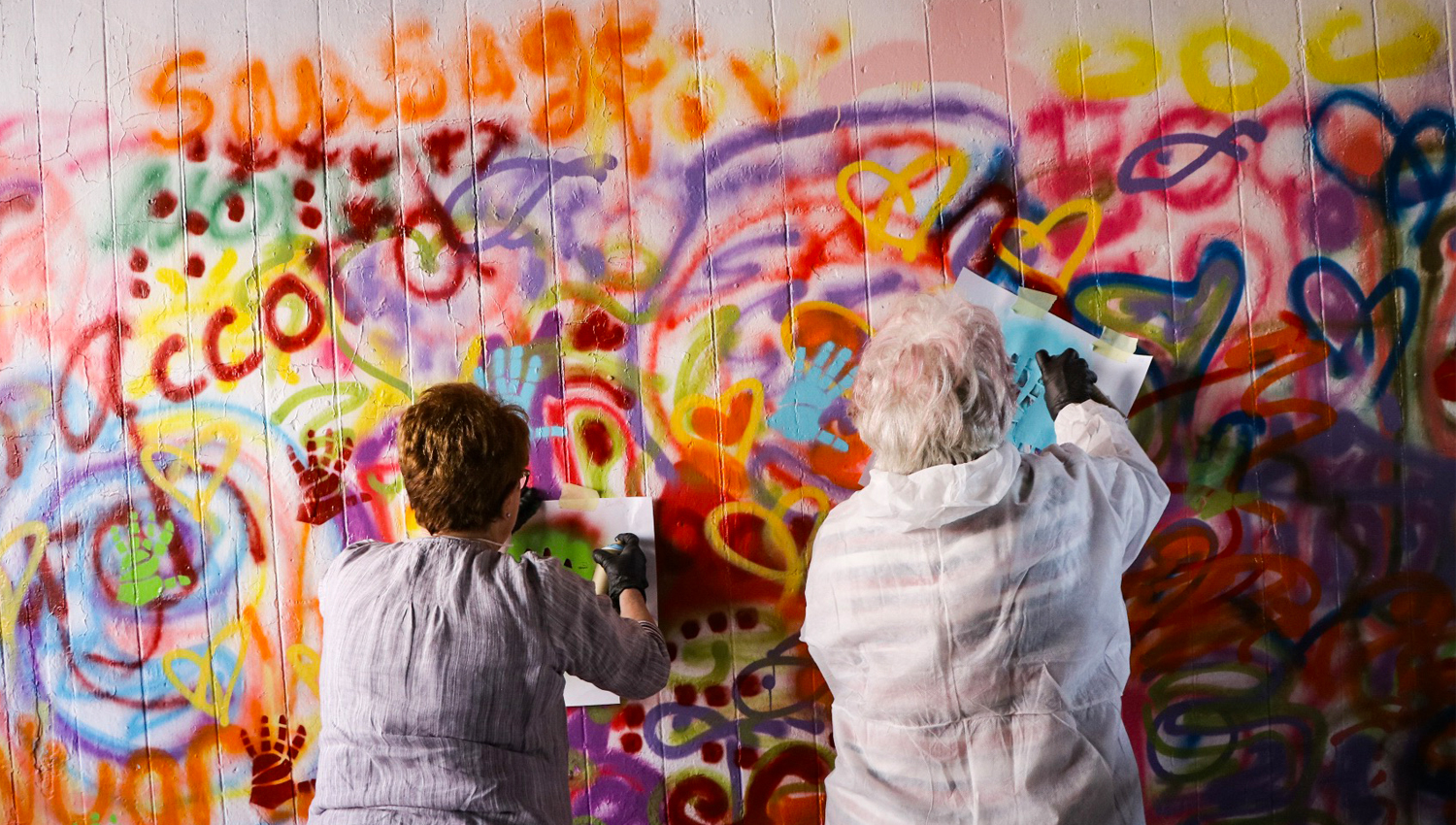 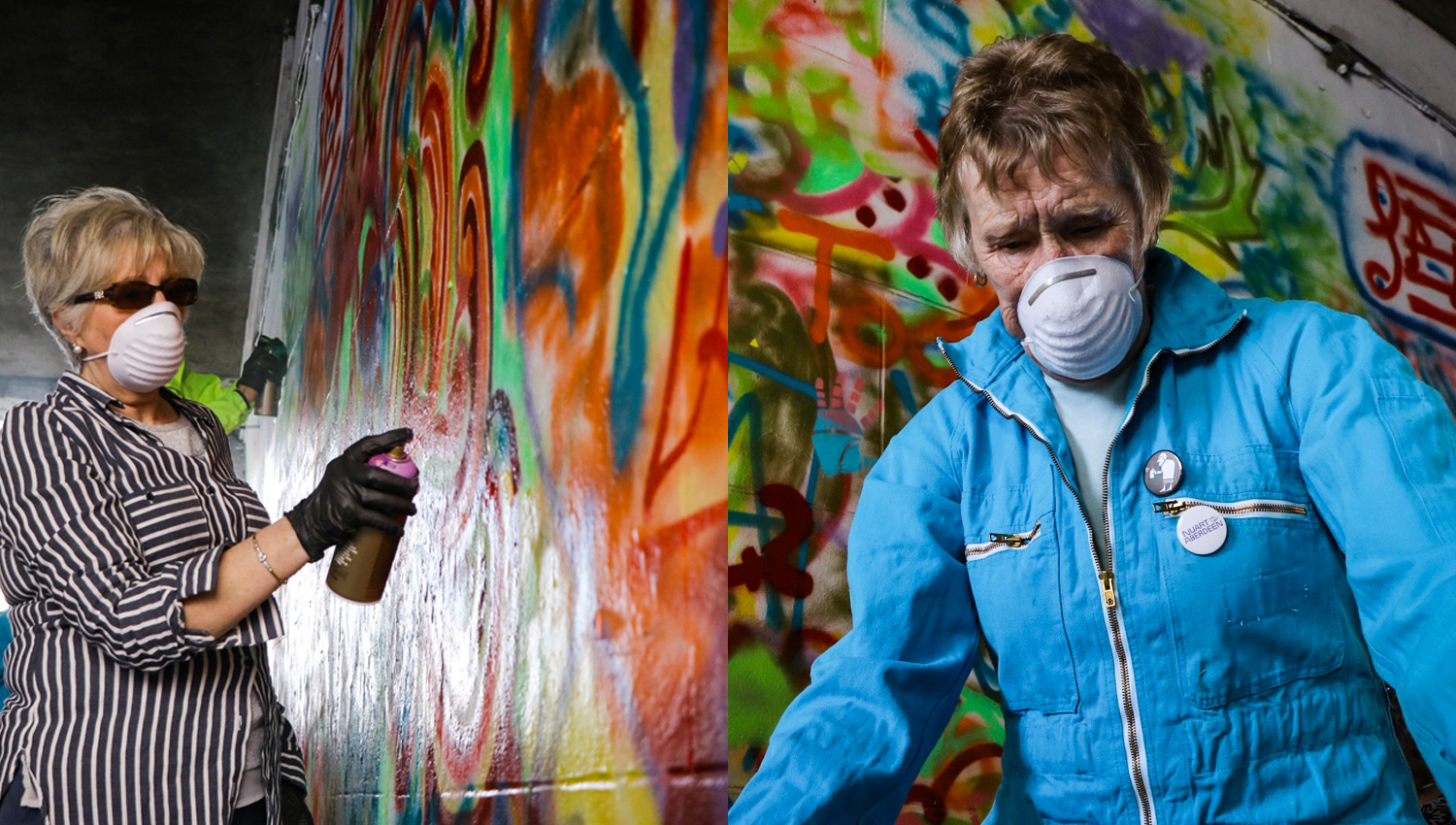 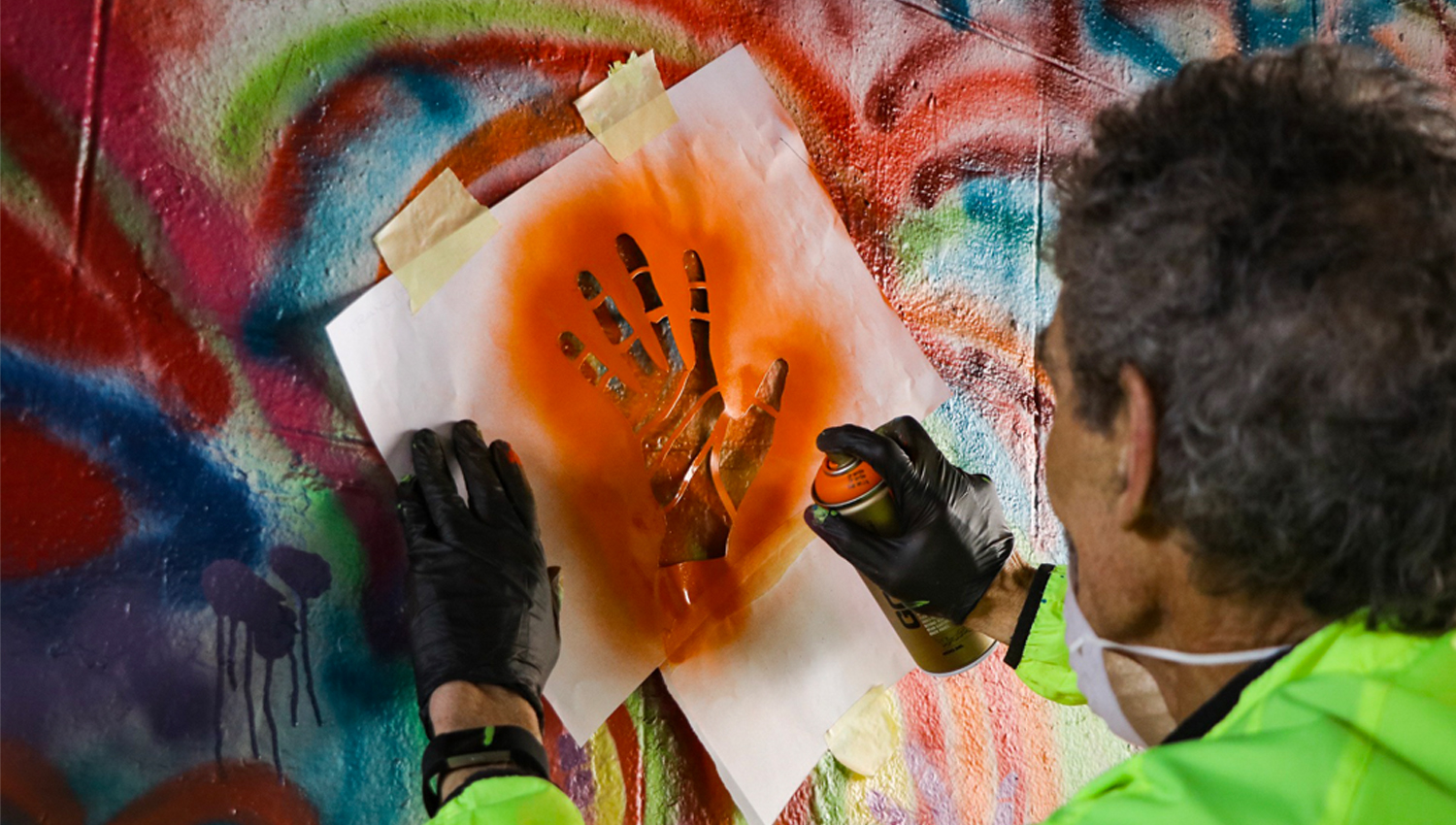 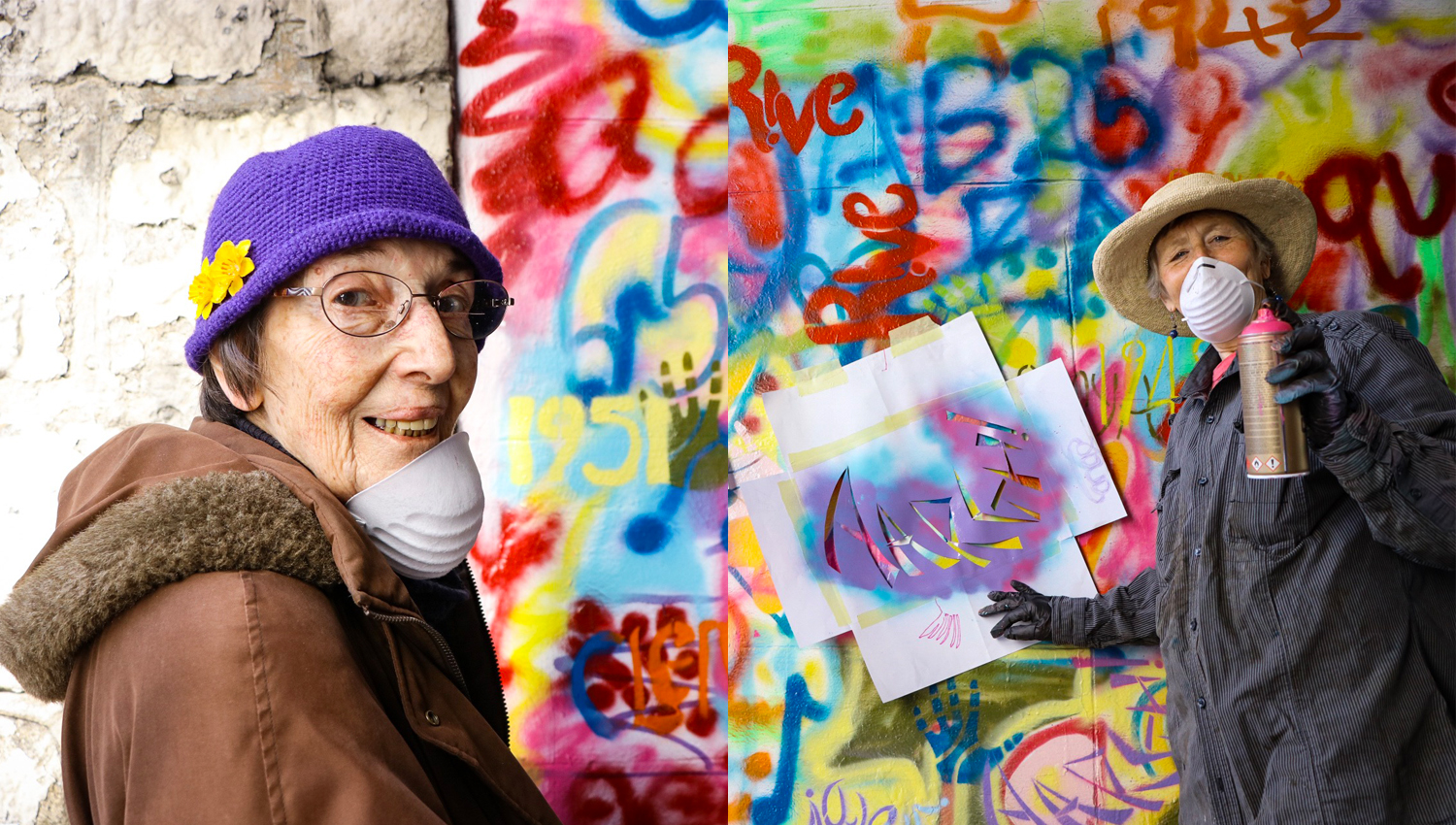 Of course our story didn’t end there. News of the graffiti grannies has been spreading across the UK and the group were recently invited on UK TV show This Morning to give its celebrity hosts Holly Willoughby and Philip Schoefiled their own graffiti lesson with 4 of our crew painting live in the studio. The group had a special finishing touch for the piece with special stencil portraits of the hosts which they showed them how to spray. The ladies did a fantastic job, especially considering they’d only picked up spray cans for the first time a few weeks ago and took to the challenge with confidence and grace (watch em go here). Its been great to see the local street art scene in Aberdeen both pre and post Nuart and now we can add a new chapter to its story.

From the back lanes of Aberdeen to the TV studios of London, the question is where next for our graffiti grannies? Whatever the next steps, were glad to hear Rosemary say: “If we get caught painting illegally, run!”. You taught them well LATA 65.

Massive thanks to all our graffiti grannies and granddads, to LATA 65 and the team at Aberdeen Inspired. 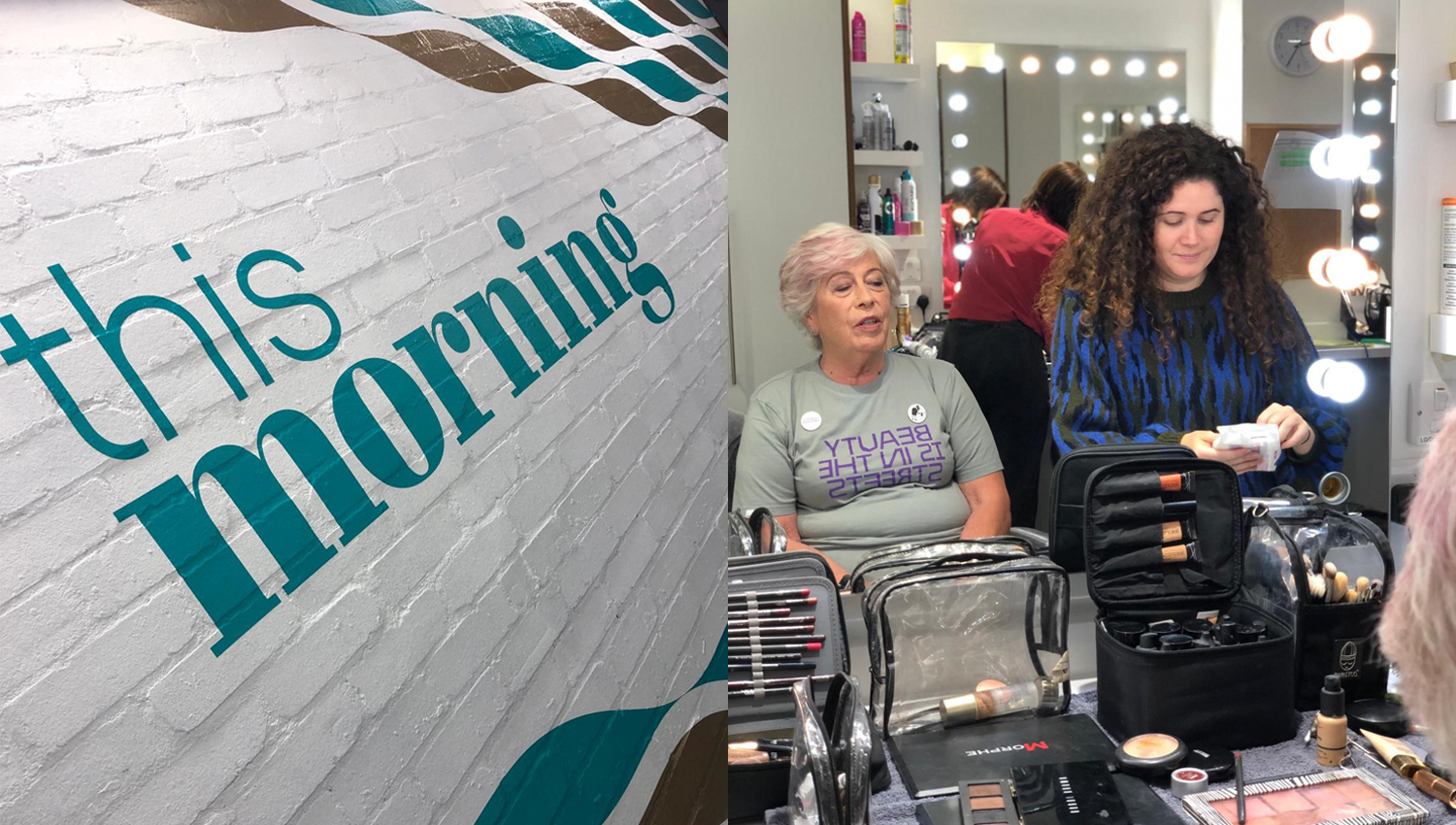 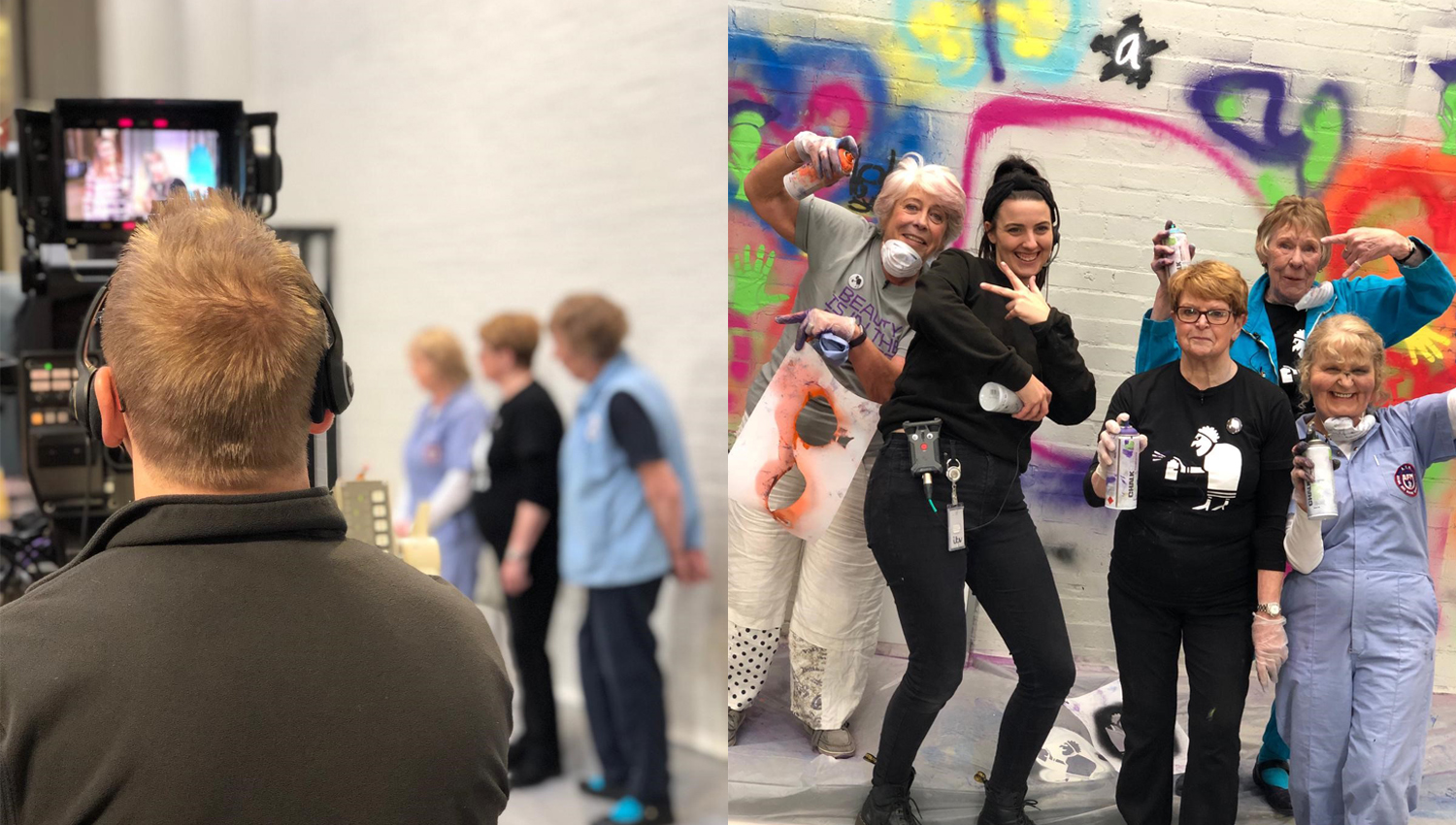 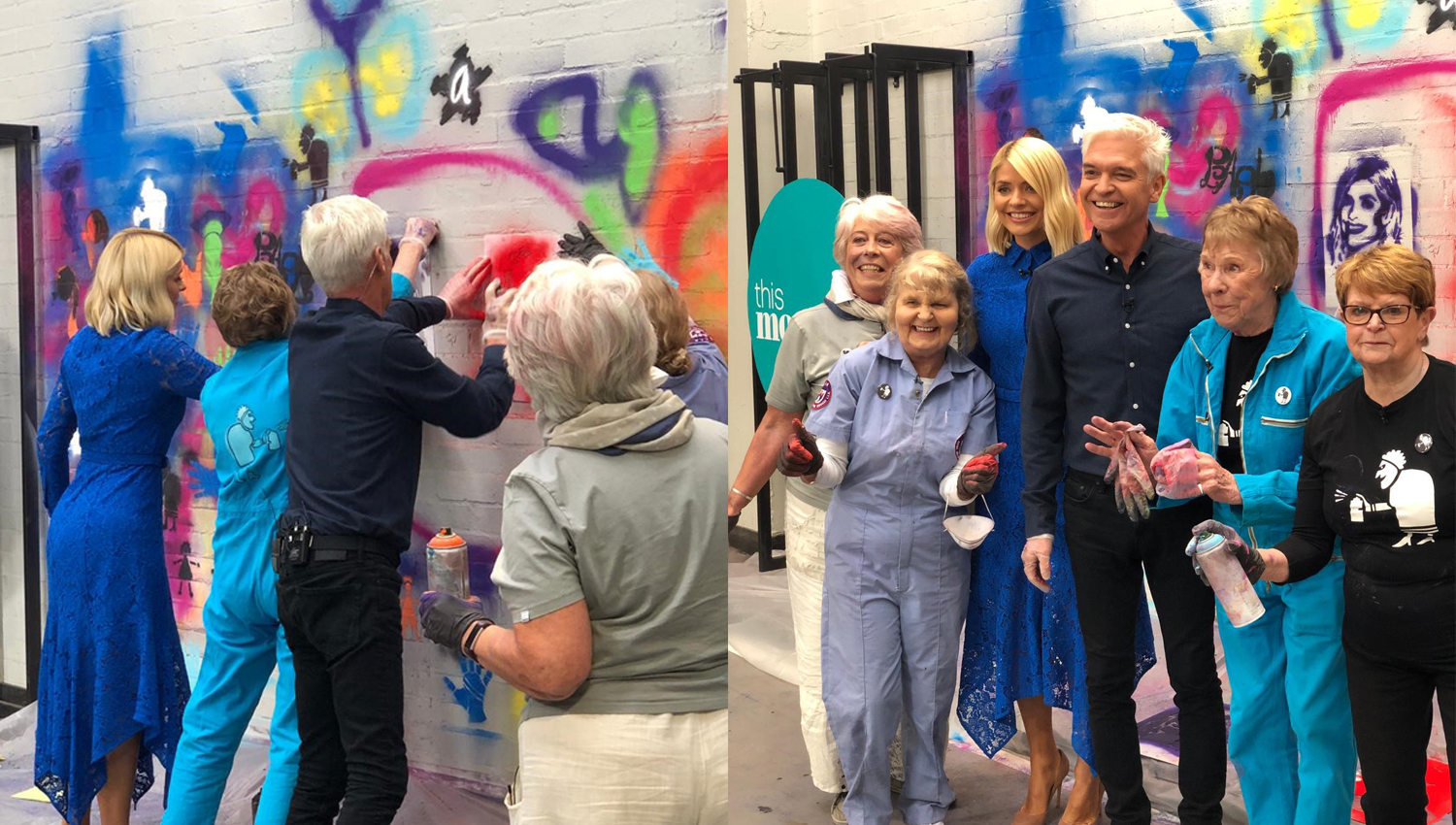 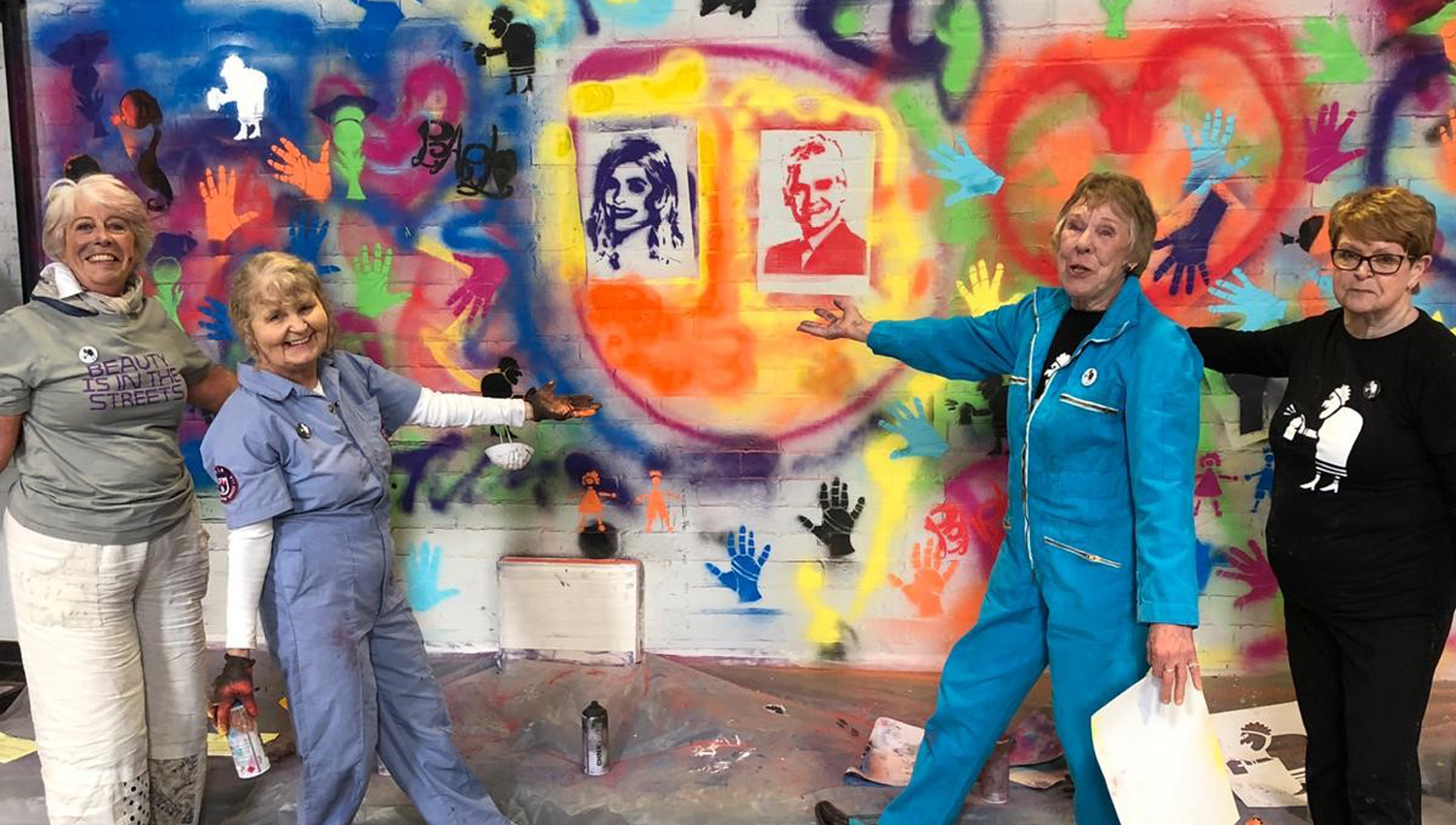